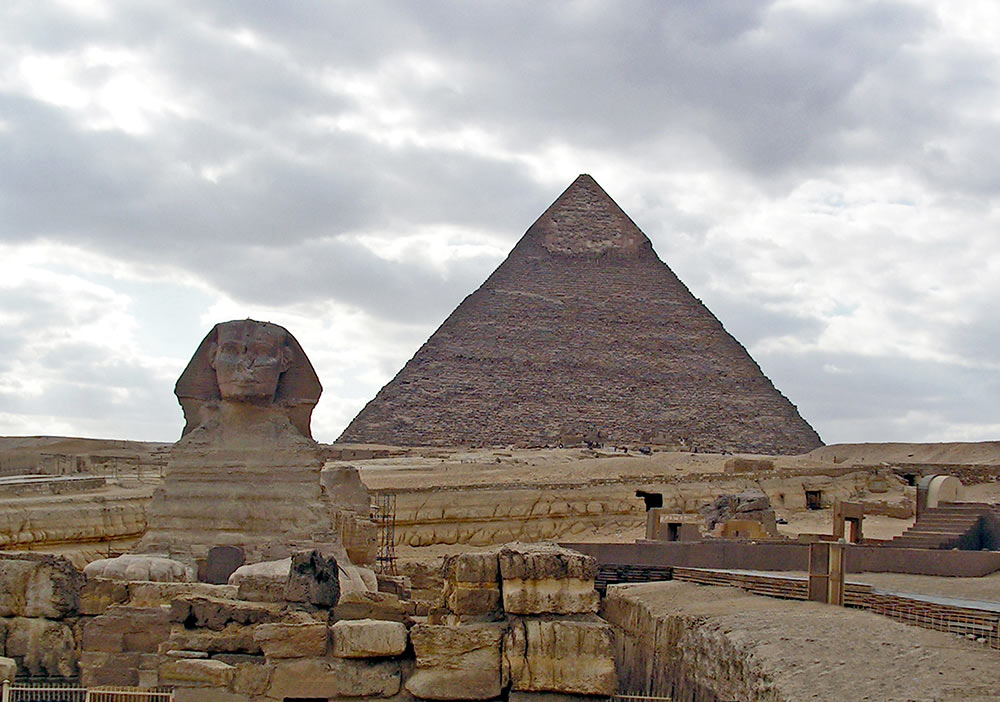 Already a museum professional, when in 2001 the opportunity arose to do further training in Egypt, notably at the Senghor International University, we felt it as a godsend, an opportunity to realize a conscious and unconscious dream of discovering of vis us cultural treasures belonging to the first great civilization of mankind. The first attraction, the one that immediately comes to the mind of a person who thinks of Egypt, are the pyramids of Giza. We have not escaped it. It is important to remember that the pyramids of Giza are the only one of the 7 Wonders of Antiquity still preserved. We will come back to that.

Since we were based in Alexandria, a world center of knowledge in ancient times, many curiosities came to light. Let’s start with the Mouseion of Alexandria, built in 290 BC. J. – C. and which was partially destroyed in 47 BC. J. – C. as well as its famous library, a center of knowledge in Antiquity. It attracted all scholars from all over the world at that time. It was indeed the world’s first research center, the largest intellectual center. Aristotle’s library is said to have been donated to that of Alexandria. Geometry originated in the Library of Alexandria. Everything that existed as a text had its place in the Library. There is no trace of this illustrious institution, but another library was built, the Bibliotheca Alexandrina, to recall the ancient institution. It was inaugurated in October 2002 and is one of the largest libraries in the world. We had the chance to visit it during its first year of operation. It is really impressive by the symbolism of its location and its exterior and interior architecture. 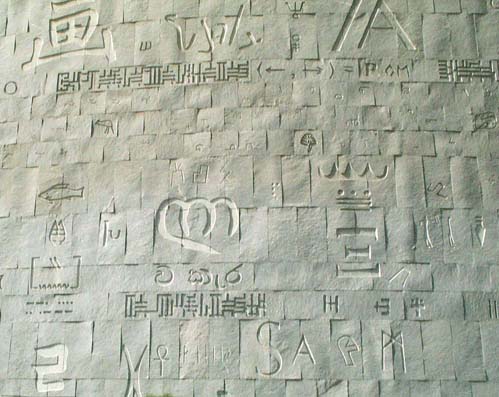 To this must be added the lighthouse of Alexandria built in the 3rd century BC. J. – C., which was one of the 7 wonders of the world and of which we have no trace today.

The temples of Karnak and Luxor, impressive by their architecture, symbolize the supremacy of Amun-Re and constitute the artistic traces of the New Kingdom. Speaking of the Karnak-Luxor axis, the Egyptologist Sydney Aufrère states: “A section of Egypt, the Theban axis is thus a reflection of the life of the Valley and of the universe; the sun, born in the east, rises above the Ipet-sout of Karnak, name of the major temple, passes the series of pylons built from the Amenophis to the Roman emperors, and continues its course in the direction of of the Libyan desert where he will join the stay of the deceased reborn with him. ” The visit to the whole region was rich in lessons. 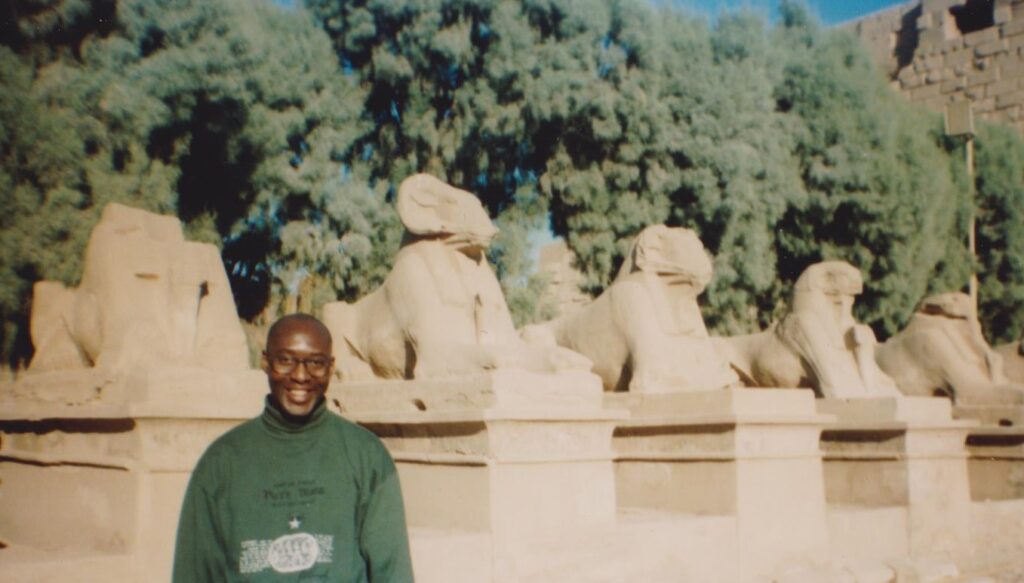 At the temple of Karnak

Another trip took us to the shores of the Red Sea and to Mount Sinai, famous among Christians because it is known as the place where Moses received the 10 commandments from God. In accordance with the habits of most visitors, the ascent of Mount Sinai was done at night, the goal being to arrive at the top at the right time, that is to say, when we can observe the rising of the sun in all its splendor. It is indeed an unforgettable moment. During the descent, the visit of the St-Catherine monastery was on the program. Unfortunately, we had to settle for walking around the establishment, as it was closed. It is important to remember that it is part of the world heritage of humanity and that its library contains the most important collection of ancient manuscripts in the world after that of the Vatican.

Let us return to the visits to the Cairo region: one as part of the Egyptology course taught by the eminent Egyptologist Sydney Aufrère, the other during a self-guided tourist visit.

First, the discovery of the Cairo Museum with its many material witnesses to the history of ancient Egypt. We were impressed by the treasures on display, especially the pieces belonging to the treasury of Pharaoh Tutankhamun, but the greatest emotion appeared at the sight of the mummy of Pharaoh Ramses II, the 3rd Pharaoh of the 19th Dynasty. Just to think that this man died over three millennia ago, we were speechless. Known by the rest as a builder pharaoh for the number of monuments he had built, his reign was one of the longest.

Then, the visit of the Giza plateau with the great pyramids, a site which dates back over 4,500 years. The largest pyramid is that of Cheops (146.60 m high), followed by that of Khafre (143.50 m high) and by that of Menkaure (66.40 m high). In front of them stands the sphinx, the largest monumental sculpture in the world. Doubt still remains about the identity of the pharaoh whose features are represented by the sphinx. The very close view of these monuments makes it possible to realize the grandeur of the work accomplished and leads one to wonder about the means used.

On the Giza plateau

In short, the memories of our stay in Egypt remain vivid and filled with lessons and emotions. The wealth management professional that we are will never cease to be proud of having lived these experiences.