HomeEconomic historyA Nod to the History of Money in West Africa 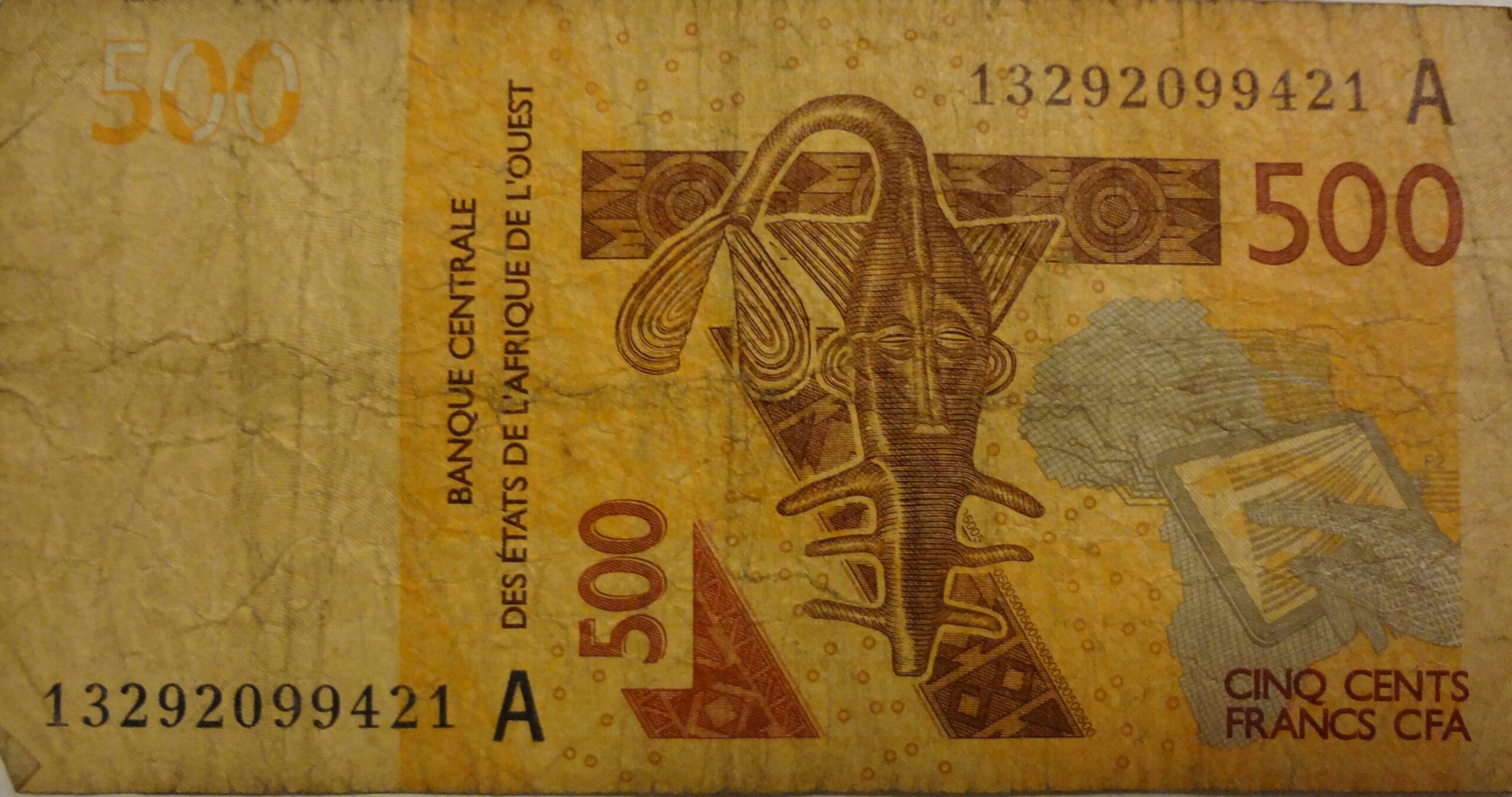 A Nod to the History of Money in West Africa

While barter is known to be the oldest and most widely used form of exchange in the world, it appears to have not been as widely practiced as it is thought in West Africa. In fact, several modes of exchange have taken place from pre-colonial times until today.

More than a medium of exchange, money is above all a cultural good. “Monetary is any object that the participants in an exchange agree to use to estimate, to give or to accept to receive in payment. Money is also what education learns to recognize as such. It is the result of an agreement of will (between the partners) but also the fruit of an intra- or inter-community social consensus. ” Esteem Pierre Edoumba.

According to the specialist in classical African humanities, Jean-Philippe Omotunde, the first monetary standard in human history is called the “Shâty” and comes from ancient Egypt.

It is difficult to establish a chronological order of appearance and use of currencies in Africa. There has been concomitant use of several types of currencies depending on the context, economic situation and customs. Currencies were made up of disparate objects that played many roles in society. “As objects are polysemous, we can therefore look at them in several ways and integrate a single piece in different contexts: religious, political, economic or commercial, social and aesthetic,” emphasizes Anne Vanderstraete.

Seashells:In various forms, seashells have been used extensively as a medium of exchange. The best known are cowries (Cypraea moneta), native to the Indian Ocean. The great traveler Ibn Battutat used it in the 14th century in Gao (Mali). Its use is also attested in the 15th century in the Abron kingdom of Gyaman (Ivory Coast). Later, in the 17th century, the Dutch used them extensively in their trade on the West African coasts, a medium of exchange that lasted for more than 3 centuries. Even today, the currency used in Ghana is called cedi, which means “cowries”. Also, the logo of the Malian Development Bank is a cowrie. 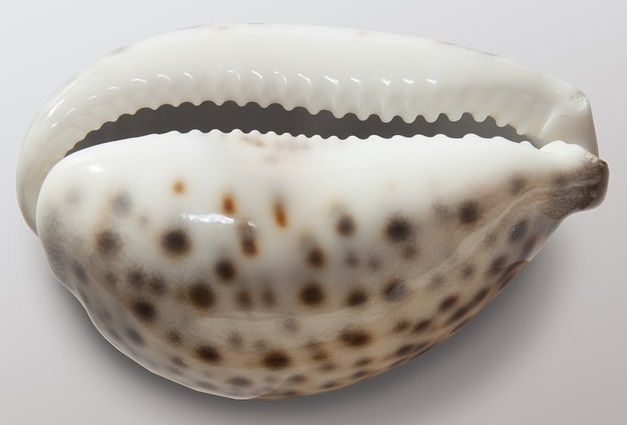 Beads of various natures and a variety of shapes served as currency, mainly between Arab and European traders and Africans. Introduced in 1520, pearls were used until the 19th and 20th centuries. Given their great diversity, some varieties were more popular than others depending on the location and context.

Several metals, often fashioned into various objects, served as means of exchange. First, the iron transformed into bracelets called “shackles” that were found in Ivory Coast and Nigeria and which served as currency both between Europeans and Africans and among Africans themselves. It is the same for the “guinzé”, iron rods which measured 30 cm approximately and which were used as currency in Guinea, in Sierra Leone and in Liberia. To this must be added the ceremonial coins in the shape of a hoe or a knife from Nigeria. Apart from iron, copper alloys have occupied an important place. Employed mainly in the regions of Bondoukou, Nassian and Kong (Ivory Coast), they were also in the Akan country of Ghana. Gold is not to be outdone, since it has been used as currency by the populations of Côte d’Ivoire, Ghana, Burkina Faso as well as by merchants from certain localities in the Niger valley. By the way, the Akan gold weighing weights, made of brass or bronze, were used to weigh gold powder.   1 ounce of gold (on the coast) = 16,000 cowries and 1 ounce of gold in Niger = 20,000 cowries.

As early as the 11th century, the use of textiles as currency is documented in Western Sudan by the traveler Al Bakri. Like him, Ibn Battuta emphasized in the 14th century that food was exchanged for cloth. The latter were sometimes dyed with indigo. From the 15th century, Europeans began to use cottons called Guinea loincloths, unbleached and indigo fabrics, in their trade on the West African coasts and this lasted until the 19th century. First imported from North Africa, the fabrics also came from India and even Europe. The main unit of measurement was the cubit (length of the hand and forearm).

Salt was a scarce commodity at one time. Or, everyone knows it is essential for the functioning of the human organism. “It therefore became a privileged commodity and, over the centuries, a standard of value, an element of wealth and a means of exchange,” says Anne Vanderstraete. In Mauritania and Mali, the value of salt was in powdered gold. Still according to Anne Vanderstraete, “At the end of the 10th century, the warehouses of the sovereign of Gao contained quantities of salt; the latter will be used as currency a few decades later. This usage has spread to Ghana, Senegal, Niger, Ivory Coast, etc. 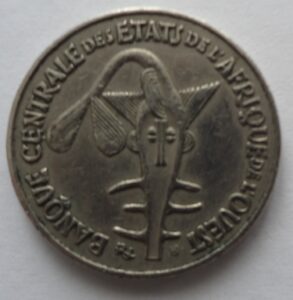 The minted currency is introduced with the colonial era. The first appeared in 1825 in the colony of Senegal under King Charles X. Metropolitan currency was used until 1945, when the CFA franc (French Colonies of Africa) was created. Administered by the Central Bank of West African States (BCEAO), it was devalued by 50% against the French franc in 1994 (100 CFA francs = 1 French francs). Today, it is pegged to the Euro (655, 96 F. CFA = 1 Euro). 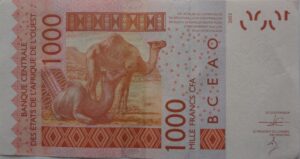 The CFA franc has been contested for some time by some African activists who see it as a perpetuation of colonization.